To educate the public, the crypto business has turned to sports. Sponsorships in male sports leagues have increased dramatically in recent years.

However, whereas crypto businesses have raced to increase their footprint in male-dominated sports leagues, the market in women’s sports has not expanded as quickly.

Is this because the crypto sector is controlled by men? Possibly.

However, by collaborating with women’s leagues, a sector that is rapidly expanding, the crypto economy has a huge opportunity to educate new fanbases.

This vast disparity is startling, especially given that women’s sports in the United States alone offer enormous returns and active fan participation.

According to a Nielsen analysis, sponsorships in women’s sports have increased by 146% during 2018, demonstrating that there is significant momentum and a loyal audience watching women’s leagues.

Followers of women’s sports are also 25% more likely to buy sponsored products than fans of men’s sports, adding to the prevalent belief that women’s sports fans are strongly loyal to their favourite athletes and teams.

These statistics, along with research indicating that sports fans have a better awareness of what cryptocurrencies are, make breaking into the female leagues even more important for the crypto sector.

According to a Morning Consult research from 2021, sports enthusiasts are twice as likely as non-sports fans to have some awareness of Bitcoin or Ethereum, and three times as likely to believe they are quite knowledgeable with the crypto ecosystem’s workings.

Overall, 47% of respondents (sports enthusiasts) claimed they are extremely familiar with cryptocurrency, compared to 39% of US adults and 23% of non-sports fans.

When audiences and their understanding of the crypto sector are broken down, people who are faithful to “niche leagues,” such as women’s leagues, follow the crypto industry more closely than those who actively follow the main four leagues: the NBA, NFL, National Hockey League, and Major League Baseball.

So, there is an interesting money-making opportunity if we were to get women’s sports and crypto married!

Jack Darbyshire: Introducing Facebook’s Own ‘Libra’ Cryptocurrency — But What Is It, and Is It Safe To Invest In? 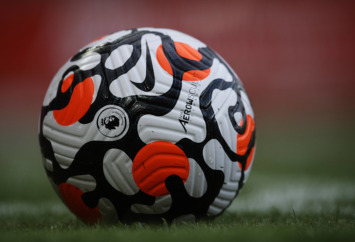 Is It Mandatory To Hire A Broker To Trade Forex?

Cryptocurrency to be banned in India?