Chiliz (CHZ) has increased by approximately 35% week-to-date (WTD), reaching $0.26 per token. As a result, the token outperformed Bitcoin (BTC) and Ether (ETH), which fluctuated between gains and losses during the same time period.

According to Santiment, a Crypto analytic firm, even powerful buyers returned to the network. Whale transactions have reached the maximum network amount since March 29. “The CHZ surge could continue even if whales are profit taking,” Santiment added.

Alexandre Dreyfus, the creator of Chiliz, announced on August 22 that the company would stop using the Ethereum blockchain to launch its fungible and nonfungible tokens and would instead use its own native chain, CHZ 2.0.

Dreyfus stated, “We don’t have to rely just on ERC20 or ERC721 similar indefinitely.”

“We believe that @chiliz can innovate on top of fungible token forms. It is simpler to launch and expand because we collaborate with more than 100 of the biggest companies worldwide,” he added.

The announcement of CHZ 2.0 may have triggered the CHZ community’s activities.

There are several stages to network upgrading, each with its own significance and importance.

The network is currently preparing for the “Pequin” fifth phase rollout, which will see the debut of a cross-chain CHZ bridge.

According to the official Twitter account, the Pequin update will be five to eight times hotter than the previous Jalapenous version.

It offered a cross-bridge functionality to the native token CHZ which is to be the final update within the Scoville Public testnet.

This might explain why holders remained bullish despite the small price rate.

Also, the large crypto ecosystem, which is under bearish pressure from the sport-based cryptocurrency, is insufficient to halt the surge, as the token’s value has increased by around 50% in the last week, indicating that buyers are active in the market.

The main engine for growth was a connection with a significant soccer team based in the United Kingdom. Along with collaborating with Arsenal FC, The Socios platform and Chiliz unveiled a number of campaigns aimed at providing more fundamental value to the project.

The token then entered the top 40 cryptocurrencies in terms of market capitalization. 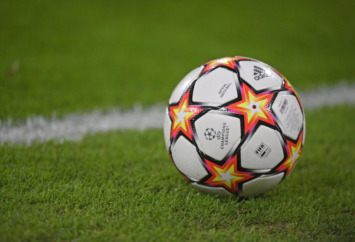